Depression and the family

Depression is such a broad phenomenon. It covers so many things. Some people think it is just clinical depression that you should be looking out for when thinking about depression generally, but in fact clinical depression varies and is exhibited in all kinds of forms. Anxiety, loss of appetite, lack of desire to do something that you once loved, even lack of a sexual drive are all signs of depression. I'm not an expert or clinical psychologist but I've lived a little life and I’ve learned throughout my many different stages of life how you can fall in depression over things and you can really have a hard time coping with situations. Situational depression is one thing but if you’re not paying attention, it could also lead to a lifestyle of depression where you're in a funk for two and three years and it's the reason why I'm bringing this up today.

In our empowerment zone group, we use fitness as a foundation to improve other areas of our lives. We support each other not just in our fitness journey but also in our daily struggles with work and family and kids and friends and all that other kind of stuff. We have a mother and daughter team that's in the group and we found ourselves talking about a breakthrough that they made in their relationship with regard to the depression that the daughter was suffering at the same time that the mom was suffering from depression but they were dealing with it in different ways. The daughter revealed was that she had come to the mom on several occasions as a teenager to discuss feelings she was having and these dark places that she found herself in. The mom was always so preoccupied with something else.

During that perilous time in both the mom and the daughter’s life, the mom was just doing everything in her power and working around the clock just to ensure that her daughter is safe, getting three squares, has clothes on her back but with very little support. Even though the mom was married to her daughter’s father, the dad was not really doing all that he could he to support the family so the burden was on the mom. To hear the mom explain it, he had a weird job that some weeks he'd work he'd work ten hours a week other weeks he'd work 80 hours and it made it difficult for them financially never knowing what their what their situation would look like.

The mom shared with us that she was working two-three jobs at any given while going to school to try and just keep everything together because at the end of the day, she wants to take care of the daughter. Unfortunately, while her mom is there sometimes and not there a lot, the daughter tried to confront this and tried to explain her depression to her mom. Since the daughter couldn't get her mom's attention, the daughter found other ways to cope.

The good news is that when the mom and the daughter finally had the conversation years later, the mom finally got clarity. She understood that as much as she wanted to provide for her daughter and make sure everything stayed afloat and even though she was going through her own thing, if she had a chance to do it all over again, she would most definitely be paying attention to her daughter. She started listening to her and they both were talking through the issues that the daughter was feeling and get her into therapy.

I share this because I think it is an amazing story. First of all, these groups are really great when we have the opportunity to help each other in a profound way. We can talk about these issues in private we don't share them with anybody and we end up empowering people to live happy, fulfilling lives. I'm bringing this your attention because depression is a real thing. Depression is something that you really have to address as parents, especially when you profess that everything that you are doing is for your kids. This is what I heard often during our conversations in the group. “Everything that I did and every day I got up was guided by how can I make this easier for her? I just don't want her to suffer like I suffered. I don't want her to go through what I'm going through.” What the mom in our group learned is, at the end of the day when your child is in front of you and needs to talk to you need to pay attention. I’m a parent too so clearly, I empathized with her. I know our kids don’t come with manuals. I do think there is a lesson to be learned here for parents of teenagers that are going through a lot of different things. Teenagers by virtue of the fact that they're teenagers are just going through a lot as they discover who they are. Their hormones are all over the place and sometimes they don't have somewhere to channel all this energy. They're just trying to learn about all that’s going on with them. So as parents, we sometimes have to drop everything. We might have a presentation for the CEO that's due tomorrow morning. At the end of the day, whatever you are doing, you're doing that for your kid. I just feel like when your kid tells you that they're depressed, when their kid when your kid tells you that they're feeling sad, when your kid tells you that something is bothering them, don't say ‘not now’. Do yourself a favor. You don't have to listen to me. Listen to your kids. I think it'll be good for you to understand them. So when they are in crisis, you will be the first to know. It’s critical!

At the end of the day, we want to provide our kids with the best life possible but let me tell you one of the things that your kids treasure the most as they're growing up and when they become an adult. They're going to remember the time they spent with you. They're going to remember that time you said ‘not now’ and it's going to impact them in a very negative way and it's going to contribute to years of depression and wondering why they're not enough and why they were never enough. I lived it as a kid growing up. God bless my parents. I didn’t come with a manual either. I think that they did the best that they could. However, during my adult life, I was dealing with a lot of issues of abandonment as a result of hearing ‘not now’ one too many dang times. So, I could so relate to this young lady who was sharing her story. The mother and daughter are in a better place. Thank God for His mercy that they went through what they went through together and separately and still ended up being the best of friends. Now that's a blessing and God's grace in an abundant way. I'm so happy for them and I'm so happy that they're doing this group together because it's going to help them continue to heal in ways that maybe they haven't explored yet. The daughter feels validated now and the mom is learning to forgive herself. It's a beautiful thing to watch. I'm blessed to be able to witness that and just kind of guide that process. It really is them they're doing this together and it's a beautiful thing so I'm glad that I could be part of it.

At the end of the day, if you're a mom or a dad with teenage kids or young kids and they come to you anytime and talk about feeling sad or feeling a certain kind of way just stop what you're doing for a second, look them in the eyes and say ‘baby girl, (baby boy) tell me what's going on’. That is going to mean the absolute world to them. Just remember as busy as we are as parents remember who you're doing it for. It's not an easy job raising kids and having to work outside the home, building a business and finishing your education. Trust me, been there, done that. Remember, what your kids want the most is your time to hear them tell their silly story, to hear them tell you what's wrong, okay?

So if this article was helpful, please share it. Please talk about it. Please let me know if you know a busy parent that's dealing with depression and relationship issues with their kids. Share this article with them and hopefully it'll help. Hopefully it'll give them some perspective. Hopefully this article gave you some perspective because I know I learned a lot of lessons raising my own baby girl and listening to this dynamic between this mom and daughter in my group and being a kid raised with a disconnect from my parents. So I know how incredibly valuable this can be to those who think there is no hope for their relationships with their kids. Please share and comment below let me know what you think. I'll talk to you soon.

Feeling under represented in the wellness space? Here's how to overcome it!

This delightful young lady wrote in an article in Cosmopolitan magazine about not being represented in the “wellness” niche. I know how she ... 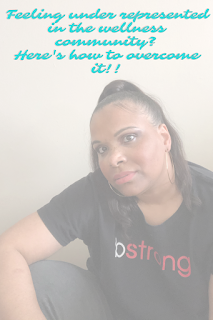 Enter the Empowerment Zone
Get your 7 day FREE Meal Plan and Shopping List!
It's never too late to start! Did you know that your diet accounts for 80% of your fitness journey? Click here to Simplify Healthy Eating to conquer the hardest part of living a healthy lifestyle.

FOOD SHOPPING ON A TIGHT BUDGET?

Adding exercise can boost your results!

Adding exercise to your meal plan? Start slow and work out at home with a low impact workout!